American celebrity and actor, Tommy Chong re-launched his CBD brand Tommy Chong’s CBD (TCC) in 2019, focusing on e-commerce and branding efforts to start with the long-term goal being to enter retail. With all ad spend managed in-house, Tommy Chong needed a reliable, high-quality traffic source. They found this in RevContent with the help of Brax’s third-party optimizer to manage thousands of dollars a day in spend. 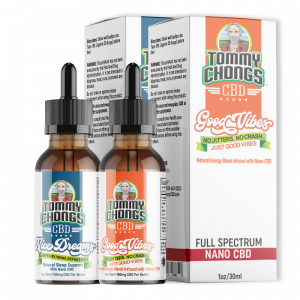 “RevContent was the first native platform we tested with – we’ve had such amazing results with the high quality, profitable traffic we have continually increased our daily spend week over week, while maintaining a very healthy profit margin,” said Steve Gunn, Chief Marketing Officer at Tommy Chong’s CBD.

To start, the team at TCC started with high bids on RevContent’s highest-quality traffic. This allowed them to test the best traffic on the network to see what specific sites and widgets performed well for their offer. They started with knowingly 10% inflated CPCs over suggested averages in order to win the most competitive and premium traffic sources. By winning premium traffic immediately, they collected key data points to help them scale in the upcoming weeks.

After analyzing performance at a widget level, they were able to use Brax to adjust their bids and maintain margin in real time. With Brax’s real time optimizer, instead of blacklisting traffic sources, TCC right-priced their bids on the widget level in real time to maintain ROI on the placement level while also sustaining increased volume.

Their team allowed the RevContent algorithm do its work and introduce more traffic throughout the phases of testing.

Now, with scaled profitable spend on ideal placements, Tommy Chong’s CBD is experimenting with ad types like video ads and thinking out-of-the-box with their creative assets.

Gunn explained “We know that the traffic on RevContent is high quality and converts well, so we’re really able to experiment with different ad units and angles to find the best way to introduce consumers to Tommy’s story.

As Tommy Chong’s CBD began scaling on RevContent, the use of third-party optimizer, Brax, was critical to managing thousands of dollars a day in spend. In fact, TCC was able to hit profitability almost immediately and easily maintain it at scale thanks to the management tools within Brax.

“Using Brax in conjunction with RevContent is a force multiplier. Using Brax allows us to target our bids to the most profitable ad units during the most profitable times of day for our campaigns. The team at Brax has been instrumental to our success. Their tools and expertise have generated tens of thousands of dollars in increased profitability for us in just the first 30 days.

Over the lifetime of this brand, the combination of RevContent and Brax will help Tommy Chong’s CBD reach millions of consumers with Tommy’s message, and convert them into lifelong customers.”

Stephanie Reed, Advertising Executive at RevContent said, “Tommy Chong is the perfect example of having a solid brand, a powerful funnel, and shows the importance of testing aggressively without preconceived bias on where they should target to uncover those performing pockets of traffic.”

We’re currently running a special promotion for new Brax customers – spend $3K/month for 3 months on RevContent through Brax, and get $1,000. Sign up here.

Through content discovery, RevContent enables publishers and advertisers to engage and grow audiences, develop loyal customers and drive revenue. Sign up or login to your account.

Get the latest native advertising tips delivered straight to your inbox.

COME MEET US AT THESE EVENTS